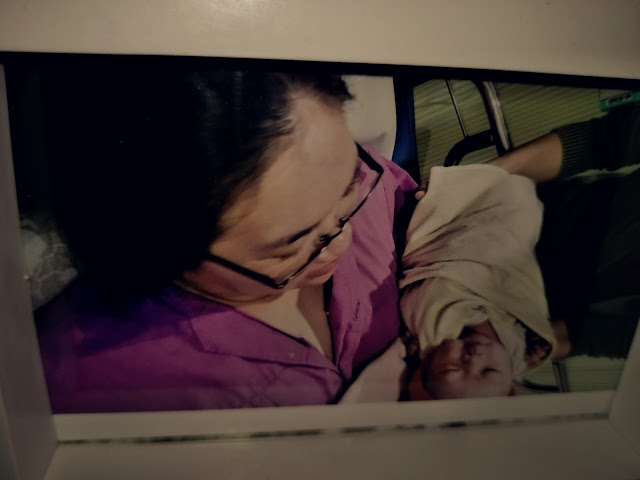 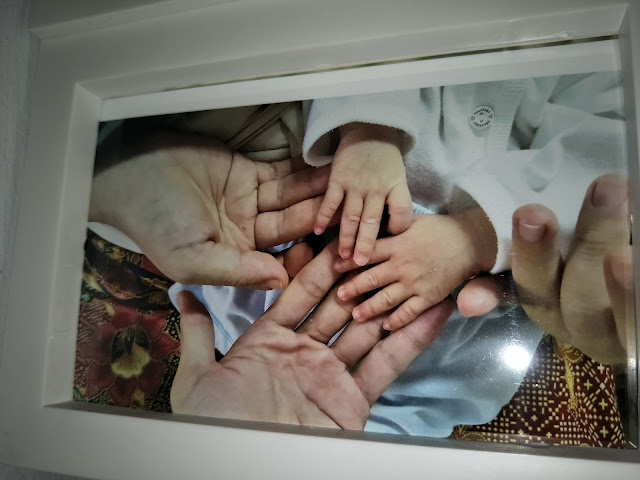 A new family member has arrived on 8th Nov 2016. I was on my maternity with the accompaniment of lil sunshine. It is such a special gift from God that I'm very thankful for. My due date was 14th Nov but somehow baby decided to arrive earlier and I'm truly happy for that because I was already 85kg.

For the first time, I've no idea how contraction should feel like and I don't even know I was going to deliver a baby. I had a very minor stomach ache, well I called it stomach ache because it felt like food poisoning kind of pain. Hubby was wondering why I kept gushing to toilet and sitting inside for almost 30mins but since it was only 4.30am he soon fell asleep again.

My cousin sister who stay in UK was kind enough calling me to check if I was okay. She even told me how contraction should feel like. Oh dear, I cannot differentiate how PMS pain and stomach ache pain, but one thing I'm very sure is, it felt like I'm going to poo and poo and poo... Pregnant lady hungry all the time, so after the phone call, I went downstairs and had a glass of hot chocolate drink and a chocolate coated donut. Yummy! Then, the pain increased, so I went back and sat inside the toilet. About 6.30am later, I saw a tinge of blood with some mucous on tissue paper, I woke hubby and got ready to visit my OB/GYN.

The contraction increased and became more frequent, whatever hubby spoke to me, I got no mood to listen nor answer because I was focusing on the pain. Luckily, the clinic was just 5mins distance from home, after settled down, I walked into the labour room. Since I was in pain, the nurse allowed me to put on their maternity clothes first because I was supposed to deliver in private hospital due to the GBS. I was GBS positive on week 8 and was consumed 2 weeks of EES antibiotics. Although on week 32, I was negative GBS, hubby and I thought to play safe and not to take any risk. If newborn infected with GBS, the posibility of getting pneumonia was high, and as a new parents we both were worried.

Long story... back to my labour. Dr came in and I was already fully dilated, so after everything get ready, I'm ready to push and here comes my baby boy! Thank God, everything went on very well. Baby was delivered and my V got 6-7 stitches...OUCH! After that, baby was sent to private hospital and was taken care by neonatal specialist and mommy (me) stayed in clinic. Oh, the separation was hmmm... tearful.

Due to that, I was not able to feed my baby and he himself alone got milk from bottle. The 2nd day after discharged from clinic, I moved to private hospital and stayed there for a night accompany my lil baby and then only my baby experienced his very first direct latch of breast milk. The next evening, we both discharged and got home happily.

Email ThisBlogThis!Share to TwitterShare to FacebookShare to Pinterest
Labels: baby

I would be very happy if you leave your footprints here. Thanks